I had had this nagging feeling in the back of my head for a long time. This social media stuff – it had totally consumed me. I realized… 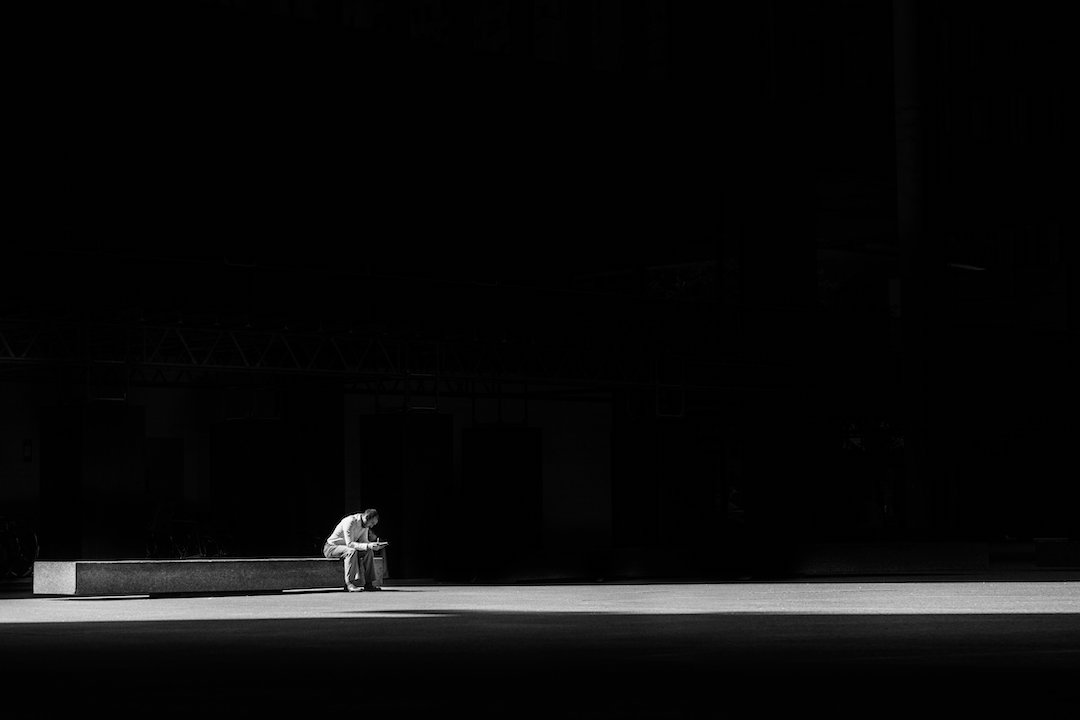 I had had this nagging feeling in the back of my head for a long time. This social media stuff – it had totally consumed me. I realized it was a problem when I'd wake up and the first thing I'd do is scroll through all the social media...and inevitably start off the day later than intended, and that the last thing I'd do before going to bed would be, you guessed it, scrolling. It got to the point that I had developed scrollers' thumb – a soreness in the thumb joint after a heavy bout of scrolling.

And the irony is not lost on me – I run a content marketing agency, for goodness' sake! Though social media isn't a major part of what we do at Truesix, it's certainly a crucial element in the marketing and communication cycle.

Professional hypocrisy aside, on a personal level I felt compelled to act. And so this happened...

Unceremoniously. Without fanfare. Just up and deleted the apps off of my phone. I had had enough.

To really commit, I also blocked the social media apps on my browser.

It didn’t take long for a feeling of unease to set in. I had just made a big move - quit social media! I wanted to tell the world, but the apps weren’t there! Yes, the irony is not lost on me. But it’s so indicative, eh?

I don’t know if it’s the two coffees I’ve had today, but a strained, choke-like feeling is wrapping itself around my throat.

A sort of panic, a certain discomfort, is consuming me. And yet, I’m consuming no social media. Suffice to say, it’s not conducive to work.

After completing a thought-intensive task, I routinely reach for my phone to open a social media app to give myself the well-deserved mental rest I usually afford myself after such task completion. But then realize, every time, that I’ve deleted the apps my fingers so effortlessly maneuver to.

So instead, I just stare. Into the distance. Like a lunatic.

What else are you supposed to do?!

The first wave of withdrawal is over. I've survived this far...somehow. Actually, I know how. Pinterest. An app I didn't consider to be social media (and thus didn't delete), because I've never really used it to be social, but rather to source ideas and search for images.

But now it has become my go-to during moments of boredom. I reason with myself that there's no harm in simply looking at pretty pictures. Right?

My Pinterest addiction is real. The stimulation of consuming all of those beautifully aesthetic images feeds my desire and quells the mind-hunger (if you get what I mean).

It seems that I've replaced one constant checking with another. I'm starting to realize that the addiction wasn't social media, but rather the notion of constant content consumption.

My colleague returns to the office after a week off for vacation. I ask her how it went, and as an afterthough, where she went.

She stared back at me quizzically.

No. I didn't. My first encounter with somewhat-significantly dropping out of the loop.

I meet with a client's PR representative. In our meeting she mentions that she had been to Barcelona for a conference, and was able to network with all sorts of valuable PR contacts.

Before I can process the total wave of jealousy that I was starting to feel brewing, she described what she learned and sent over a super valuable link that would helps us generate more media attention. Essentially sharing all of the value she gained at the event.

And then I think to myself – had I seen a photo on Instagram of her partying it up in Barcelona with these people, it would've sent me on an anxiety-riddled spiral into self-loathing. But by finding out about it on the spot, there's no room for spiraling, and the face-to-face meeting yielded in shared information. There was nothing left to do but to be happy and grateful for her successful trip. Quite the contrary to what would have been otherwise.

I realize that I'm still instinctively reaching for my phone every few minutes and scrolling through the apps, expecting to find my social media apps.

I'm still picking up my phone – that habit has not managed to be curbed.

I've come to realize that I'm not exactly using my phone less than before...I'm just using it differently. Now, I'm constantly checking the news for updates, as well as streaming my favourite interior design youtube channels.

I've effectively replaced one digital addiction with another.

In conversation with a friend I was catching up with, I was informed that I had totally missed the fact that a friend of mine had had a baby. She had a baby, and I DIDN'T EVENT KNOW.

I'll tell you – by living on the other side of the world and getting used to major life updates being distributed to your personal networks via Facebook “life events”.

I message a few of my friends abroad and ask them what they've been up to. I realize that this abstinence from social media will require a more proactive communication approach from my side.

I'm still not using social media. At least not fully.

Instagram has become something of the past. I don't even miss it anymore. I also feel like a more well-balanced person, and I have learned to enjoy a macaroon without posting it to insta stories.

I haven't seen the Facebook feed in ages. I've blocked the news feed so that all I see are birthdays, notifications, invitations, messages. That way I'm not missing any events. So each time I go to Facebook, my attention isn't devoured by the feed, and on top of that, I enjoy a great quote.

I can still be tagged, invited to events, I can post, view comments, etc. This way, I'm getting all of the good parts about being connected to people via Facebook, without the FOMO. I do have to admit, this comes with a fair bit of privilege. My friends and colleagues are the ones who are taking care of my social presence these days by snapping photos of me, posting them, and tagging them, so that they appear on my profile (and in other people's feeds). If everyone were to adopt this experiment, then there would be no one to do the posting and tagging.

I didn't block Twitter from my browser – I continue to use it. But it's never been a social media that has given me anxiety or stoked the flames of FOMO for me, so I didn't feel it was a habit that needed to be curbed. So if you want to interact with me socially, you can find me here and say hi.

I met a friend of mine for coffee last weekend and she mentioned that she was inspired by my social absence, and had also quit social media. She reported having felt happier about how she spends her time.

I truly recommend everyone give this a go. I fully intended on returning to social after 6 months, but here I am, without an inkling of desire get back into the ever-running stream of social content.

Now that I've slightly returned to the world of social media, I feel like I've come back with a bit more perspective. I've realized that I actually do like having a feed to scroll through, even if it is a highlight reel. Henceforth, I'm still going to publish photos, but as a sort of public photo album. It's for me, but others can feel free to observe. I'm not there for the likes or the comments, though, and that feels like a major mental step forward. 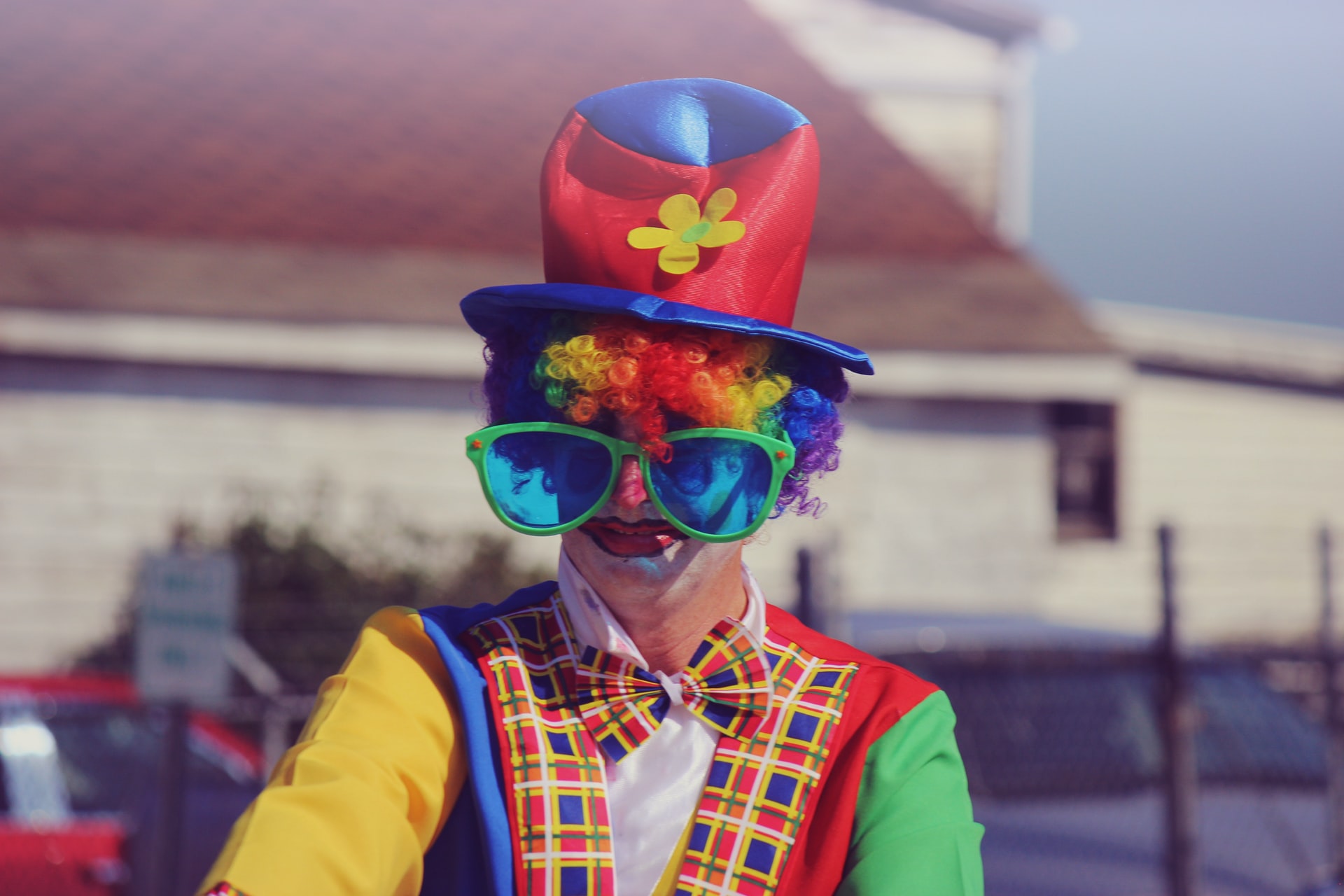 Don't try these 5 ridiculous content marketing ideas unless you're bonkers