April, when we made publications rain

To suit the wet weather, we made publications rain all April. Check out our clients’ latest success stories. 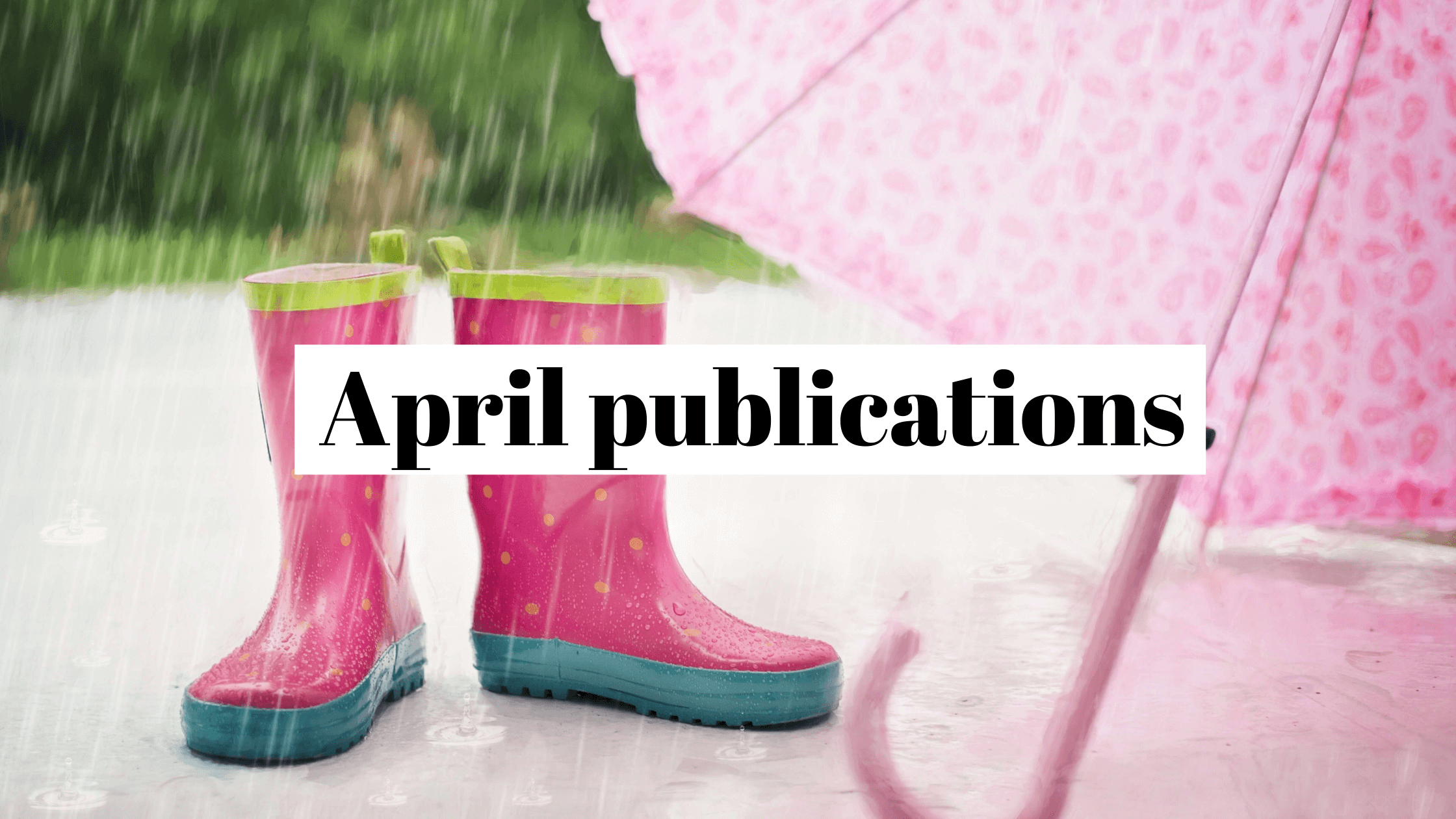 To give you a picture of the April’s weather in Latvia, I’ll just say that people were calling spring names like “drunk” and “a confused teenager who doesn’t know what he is”. And instead of enjoying warm weekends in parks or nature trails, most Latvians either stayed indoors, or bravely exposed themselves to winter-like cold.

Meanwhile, the Truesix team was working away and achieving pretty outstanding results. So, while April wasn’t the best month weather-wise, it was definitely hot in terms of publications.

As always, we love to share our success stories with you so - here we go!

April is hot for drones

Fixar, the trailblazing drone manufacturer, received massive publicity due to its news about the “world's first industrial UAV to outperform other models in its class in both payload capacity and distance coverage.” Fixar’s drone was benchmarked against 10 leading competitors in the same weight and wingspan class and outperformed them in multiple categories, making it the most efficient industrial UAV on the market.

We are super proud when one of our clients is the first ever to do something, so we did our best to spread the word as much as possible. Fixar’s news was published in many leading drone media, including:

But Fixar didn’t stop at this success and came out with another juicy piece of drone news, launching manufacturing in North America with Volatus Aerospace. This $1M deal got million-dollar-worth attention from the media, again shaking up major drone outlets, like sUAS News, Unmanned Systems Technology, and Drone DJ.

Drones are definitely the future and the Truesix team are becoming quite the experts in drone publicity. Isn’t it dronerful?

Not that we’re bragging… But here’s some BIG publicity

So, the Latvian summer was still loading, and experienced several technical glitches along the way.

Meanwhile, the Truesix team worked heads down to secure some amazing publicity for our clients. We are especially happy for DeskTime who saw several big-name publications in April. For starters, Forbes mentioned DeskTime’s CEO Artis Rozentals in their post 5 Ways Competing In Sport Makes You A Better Entrepreneur.

Artis also published an article on ReadWrite; this time a more personal story about how he managed his rapidly growing business while being Covid-19 positive. Spoiler alert — honesty, prioritizing and delegating were some of the most important tactics Artis used in this difficult period. Check the article out if you’re interested in an honest piece of advice from someone who lived through a rough patch.

These two publications may already seem like a cool achievement for one client in only a month, but we didn’t stop. TechRound featured DeskTime and the company’s COO Toms Blodnieks in an article about Managers’ Top Tips on How to Motivate Staff. Toms shared his experience and advice about motivating a team with positive challenges and team building activities.

From time tracking to legal document-rocking, have we ever told you about Rockterms? It’s an awesome tool that we’ve been thrilled to work with for a while — a platform that helps entrepreneurs create visualized and better-written terms & conditions and other legal docs.

We truly believe in the Rockterms’ cause so we were glad to help them get published on Hackernoon, the groovy tech-stories platform. The opinion piece Readable Legal Documents Are No Longer a "Nice-to-Have" by Rockterms’ founder Ugis Pilabers demonstrates how creating better legal docs could make the world a better place. The story was also picked up and republished by jioforme, an Indian news medium.

That wasn’t our only last month’s publication in a rather exotic country’s medium. InfoAgro, a leading Spanish agriculture news platform, published news from our client LendSecured about being the first-of-its-kind crowdfunding platform to support underfinanced European farmers. A great cause to support, right?

On the way to TechChill

If you’re no stranger to the Baltic tech & startup scene, you’re probably familiar with TechChill. It’s one of the leading tech events in the Baltics gathering thousands of startups, tech experts, journalists, and investors.

This year TechChill celebrates its 10 years birthday, so there will be lots of fun, networking and awesome content to be enjoyed on May 20-21. If you haven’t yet signed up for the event (or the media accreditation), don’t wait - the day is almost here.

TechChill 2021 goes fully digital and Truesix is taking care of the media comms for it! We are soooo excited to be a part of this and we’ll definitely have more to share in our May recap post. However, the first publications were already rolling in last month.

Our press release announcing the TechChill launch was picked up by TechToday Newspaper, BalticNewsDesk, LSM ENG, and Finance Industry Today. Stay tuned and we’ll share some behind the scenes from managing media relations for the famous TechChill.

The weather may have been a tad disappointing, but inside our team, we were beaming with joy about… our new office!

As much as we love our co-working space DarbaVieta which has been a place for inspiration, friendships, and the “work from the park” concept for over three years, creative minds need to change the setting time after time. Besides, we felt that we’re all grown up and prepared to move out of shared premises to a dedicated office of our own.

While we won’t be able to have a proper housewarming party for a while, we did have a distanced meeting outside the office at the very end of April. And, thank you, Sun, for pushing those rain clouds away for some hours so that we could gather in our new office backyard.

Right now, we are slowly settling in our new home in Riga’s Maiznicas street and still taking turns for solo working days there. Meanwhile, warm weather has arrived and we’re starting to work from parks and cafe terraces, so remote work is getting more exciting.

Changing work environments tickles our creativity so be prepared for new amazing feats in May. See you around! 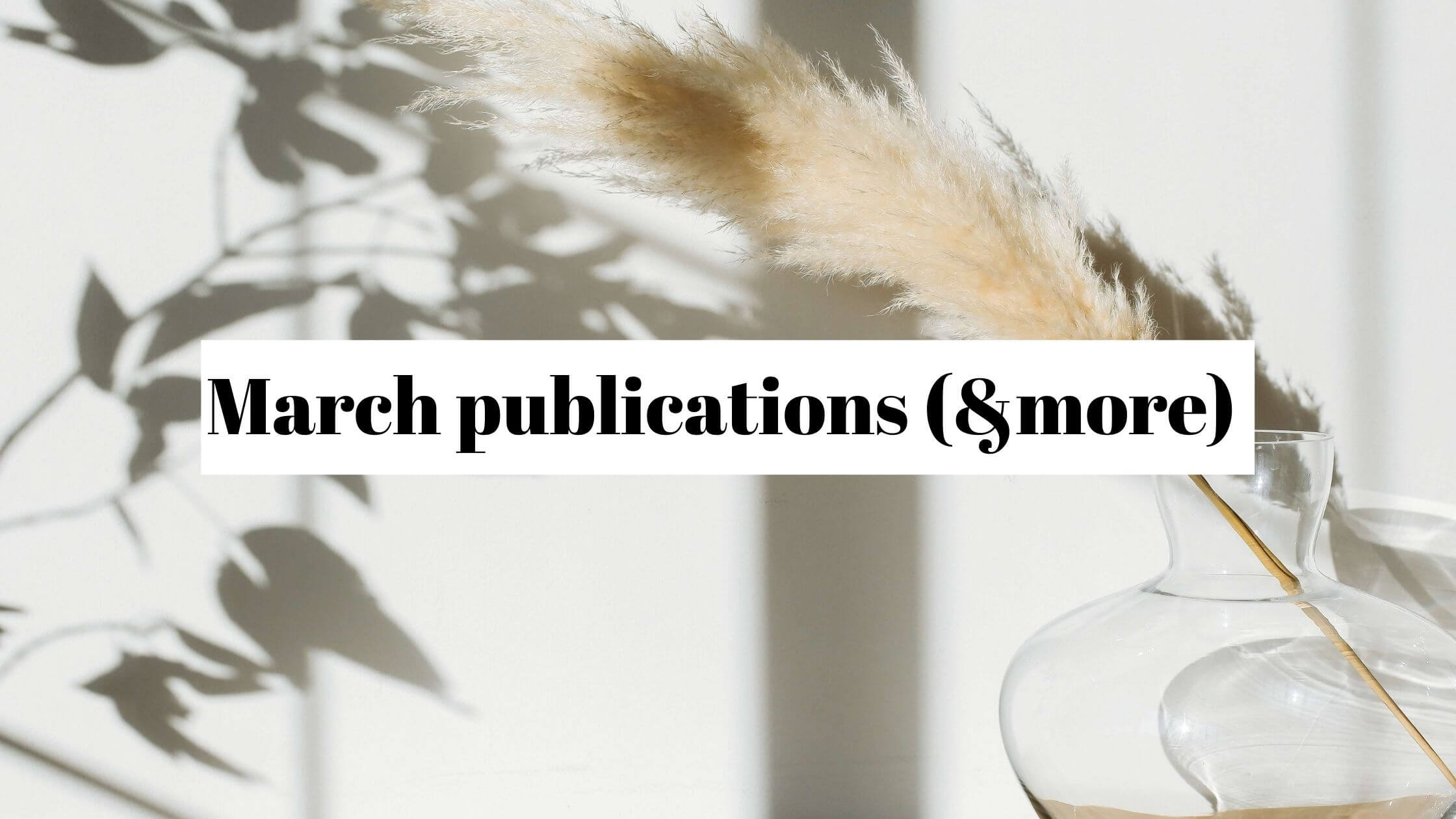 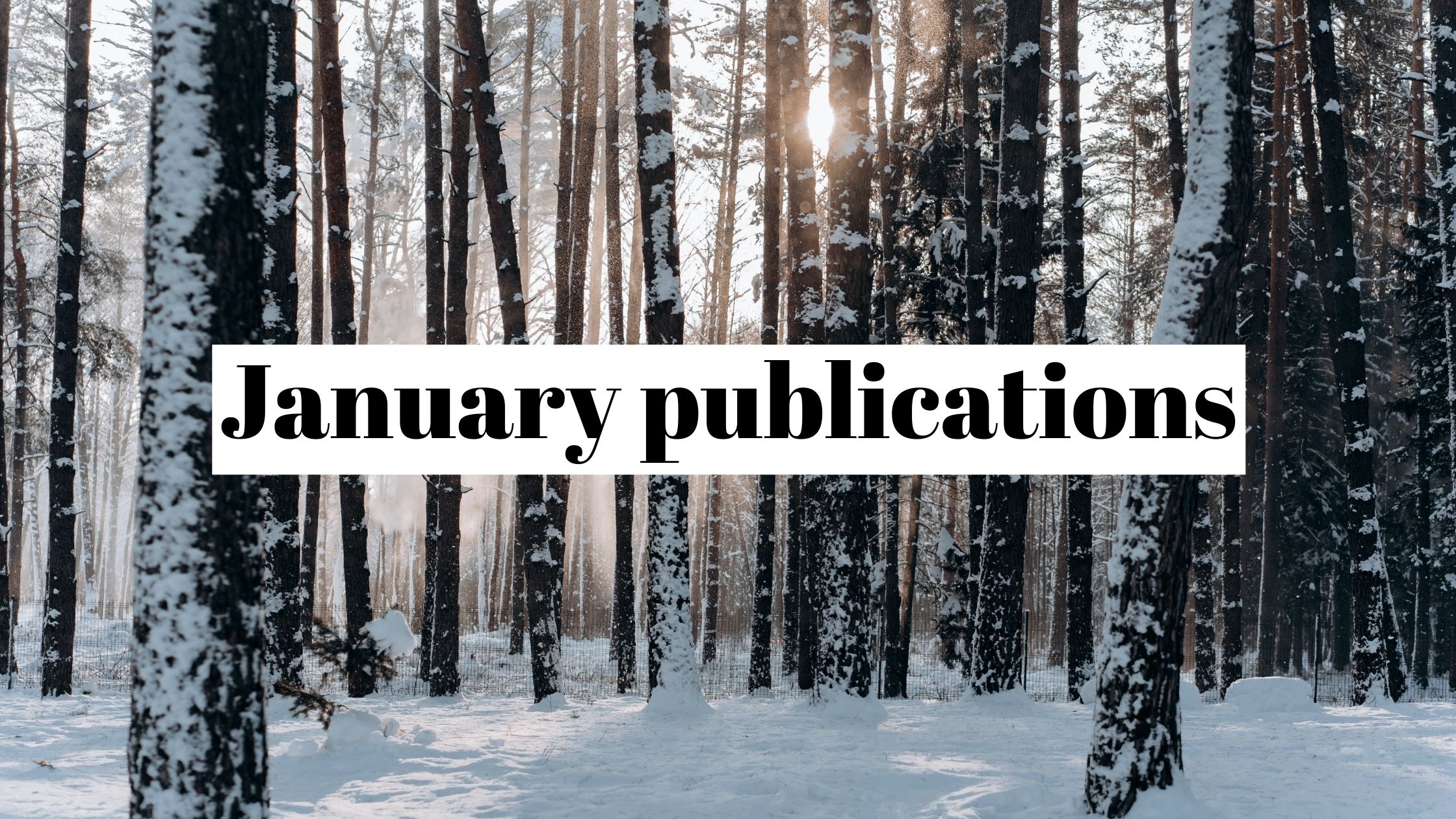 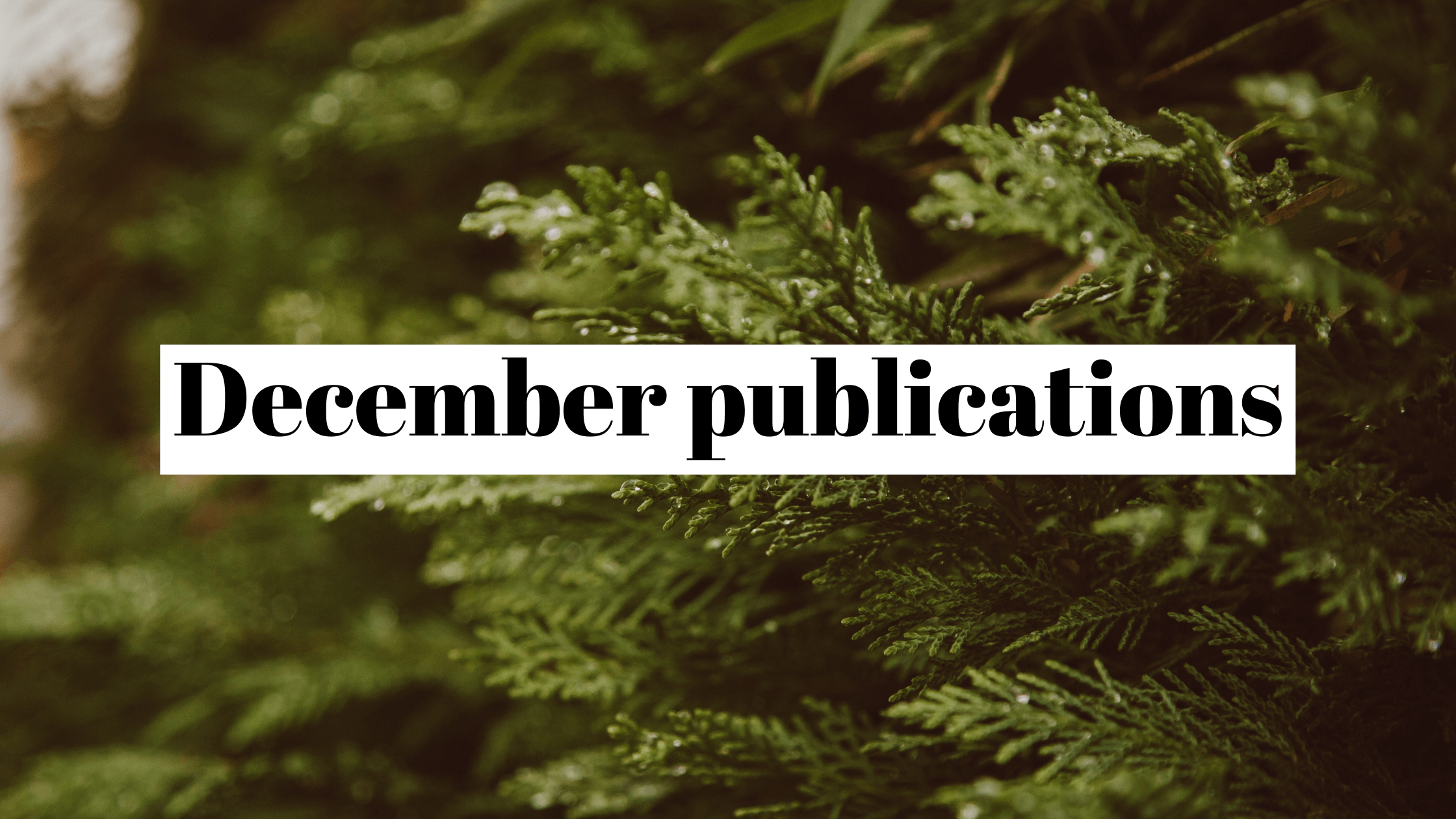 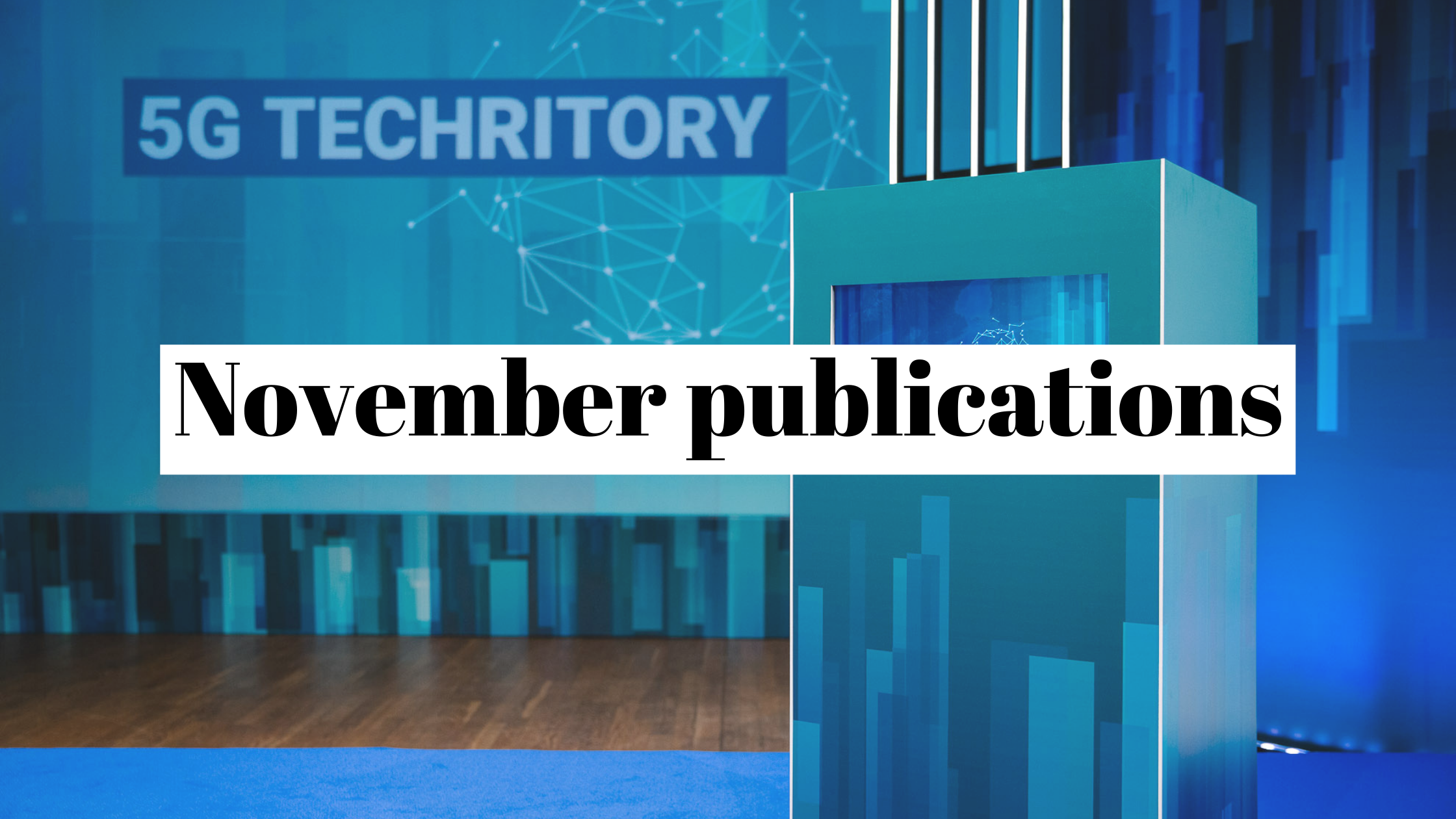